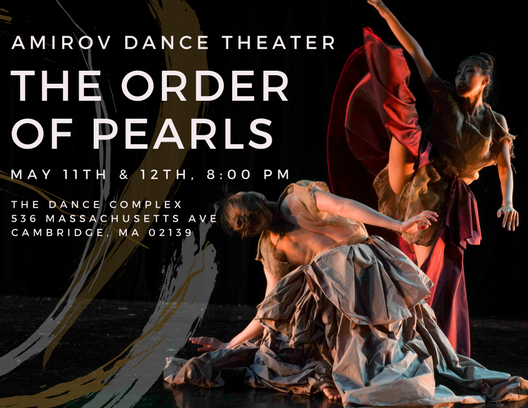 Amirov Dance Theater, a New York-based dance theater company under the direction of Alexandra Amirov, presents The Order of Pearls for Pentacle Presents: The Gallery.

The Order of Pearls strings together a chain of relationships unveiling the multiplicities of womanhood. Grounded in Alexandra Amirov’s unique choreographic vision that is equal parts dance and theater, the work exposes the audience to a myriad of female roles such as “daughter,” “mother,” “wife,” “sister,” and “friend” in a series of three drastically different duets to capture the identities of women from divergent paths in life. Amirov aims with this work to create further connection between the audience and the stage, and to investigate the constantly evolving role of women, encouraging the viewer to discern the many faces of female over time.