Events > Performances > black odyssey boston
BACK TO ALL EVENTS 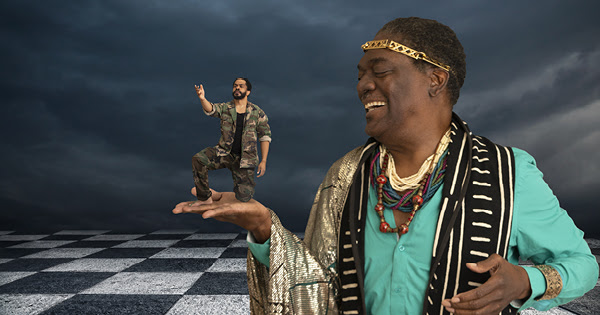 Ulysses Lincoln, a Gulf War veteran lost at sea and presumed dead, fights to find his way back home to his wife and son. The meddlesome Gods, Great Grand Daddy Deus and Great Grand Paw Sidin have other plans in mind as they battle for control of Ulysses’ fate.