Events > Performances > LI LUI – THE ACROBAT
BACK TO ALL EVENTS 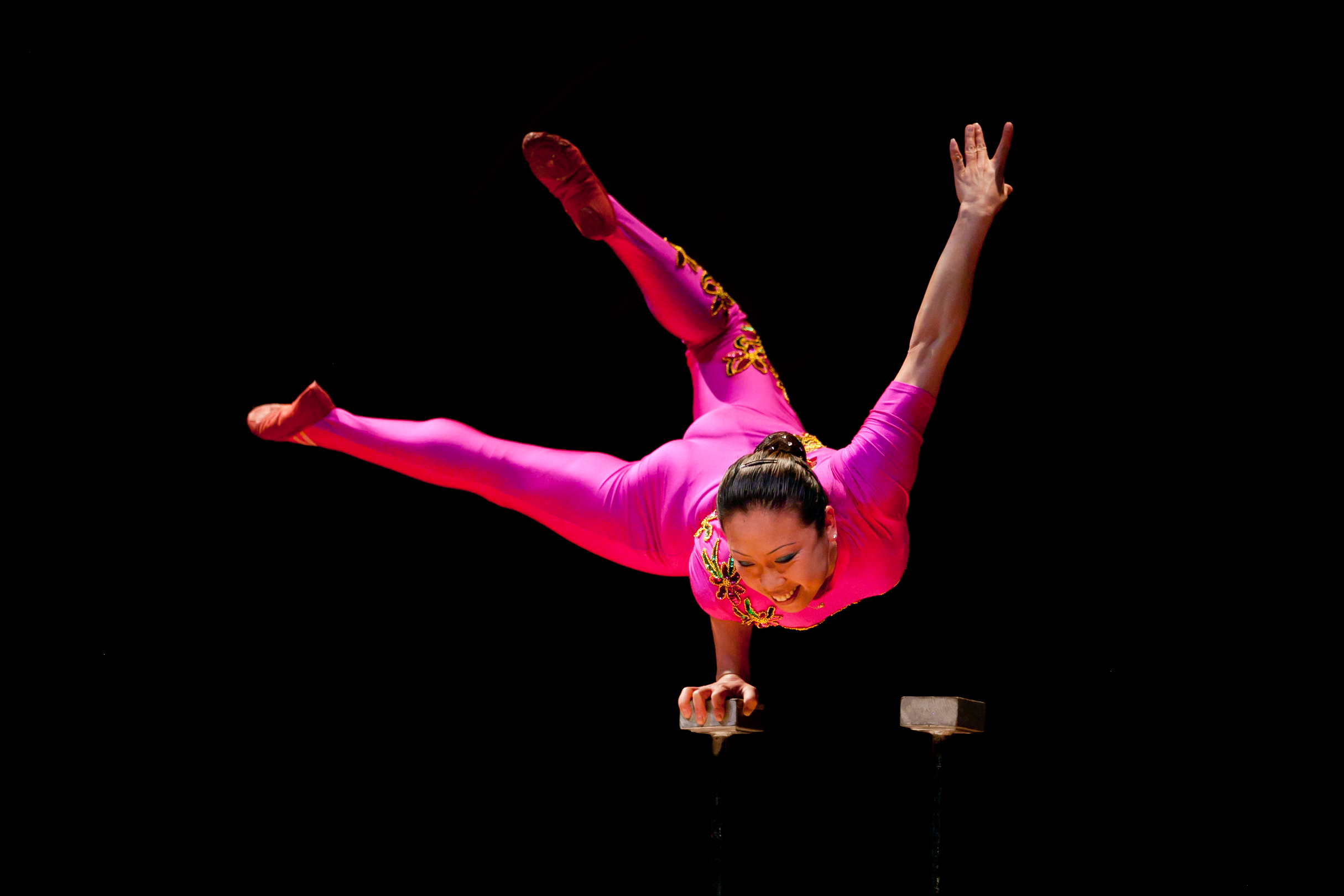 Li Liu was born in the city of Shenyang in the Northeast of China. At the age of six she began her acrobatic training, and the following year she was chosen to attend The Chinese National Circus School in the capital city of Beijing. While in Beijing she trained for eight hours a day until she was 16.

In 1984 her artistic cycling act won a gold medal at the prestigious Festival Mondial du Cirque de Demain in Paris, France. She often teamed with her sister Liu Ying to create duo acts that were conceived by her coach and father Liu Gui Ting. In 1995 their duo hand-balancing act was selected to perform at The Wu Qiao International Circus Festival where they were awarded “The Golden Lion” prize.

For many years Ms. Liu traveled extensively throughout Europe, Africa and Asia with The Liaoning Acrobatic Arts Troupe. She performed with Zirkus Knie in Switzerland, Circus Krone in Germany and with countless other touring shows in Italy, Holland, France, South Africa, Singapore, Japan, and Indo