Events > Performances > Paul Taylor Dance Company
BACK TO ALL EVENTS 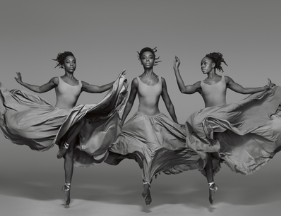 Dancemaker Paul Taylor first presented his choreography with five other dancers in Manhattan on May 30, 1954. That modest performance marked the beginning of 64 years of unrivaled creativity, and in the decades that followed, Mr. Taylor became a cultural icon and one of American history’s most celebrated artists, hailed as part of the pantheon that created American modern dance. A favorite of Boston audiences for decades, the Paul Taylor Dance Company returns as part of its global tour honoring the legacy of Taylor and under its new Artistic Director Michael Novak.