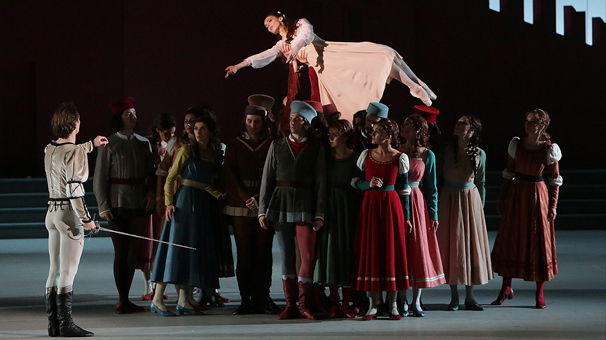 Dance at the Cinema: Romeo and Juliet

Presented by The Bolshoi Ballet
WHERE
Coolidge Corner Theatre 290 Harvard St , Brookline
WHEN
COST
$23 adults/ $20 for seniors, Coolidge members, and BDA members (only available in person at the box office)

In Verona, Romeo and Juliet fall madly in love while their respective families, the Montagues and the Capulets, are caught in a bitter rivalry ending in heart‐wrenching tragedy…

Alexei Ratmansky, former artistic director of the Bolshoi Ballet, stages the company’s premiere of his production with dramatic urgency and a fresh re­‐telling of Shakespeare’s beloved classic. His brilliant and detailed adaptation set to Prokofiev’s romantic and cinematic score, reignites the story of literature’s most celebrated star‐crossed lovers like no other classical ballet choreographer today.