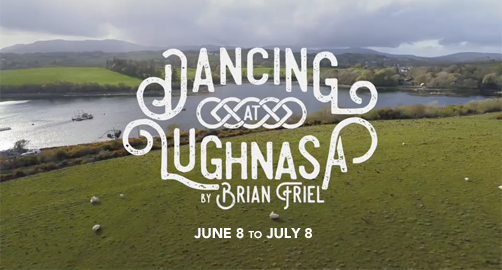 This eagerly anticipated production of Brian Friel’s masterpiece brings together award-winning director, Benny Sato Ambush, and Academy Award nominee Lindsay Crouse. Olivier and Tony Award winning Dancing at Lughnasa, is one of the greatest and most loved Irish plays of recent times.

Set in County Donegal in 1936 during the Celtic harvest festival, Dancing at Lughnasa, chronicles the five Mundy sisters and their brother Jack, who has returned home from the missions after 25 years away. The story is told by the sisters’ nephew, Michael, who recalls the summer spent with his aunts when he was seven years old. A radio brings 1930s dance and traditional Irish folk music into the home at rather random moments and then, equally randomly, ceases to play. As August gives way to September, Michael recounts his time in Donegal, where his aunts raised him in their crumbling, rural home and where once, they danced. A wild, raucous dance. The dream-wild dance of their memories. A dance to the exciting, fleeting melody of the past and a dance against the harsh, progressive beat of the present.

Join the Mundy sisters as they surrender to movement – Dancing at Lughnasa runs June 8 through July 8th at Gloucester Stage. Performances are Wednesday through Saturday at 7:30pm and Saturday and Sunday at 2:00pm.