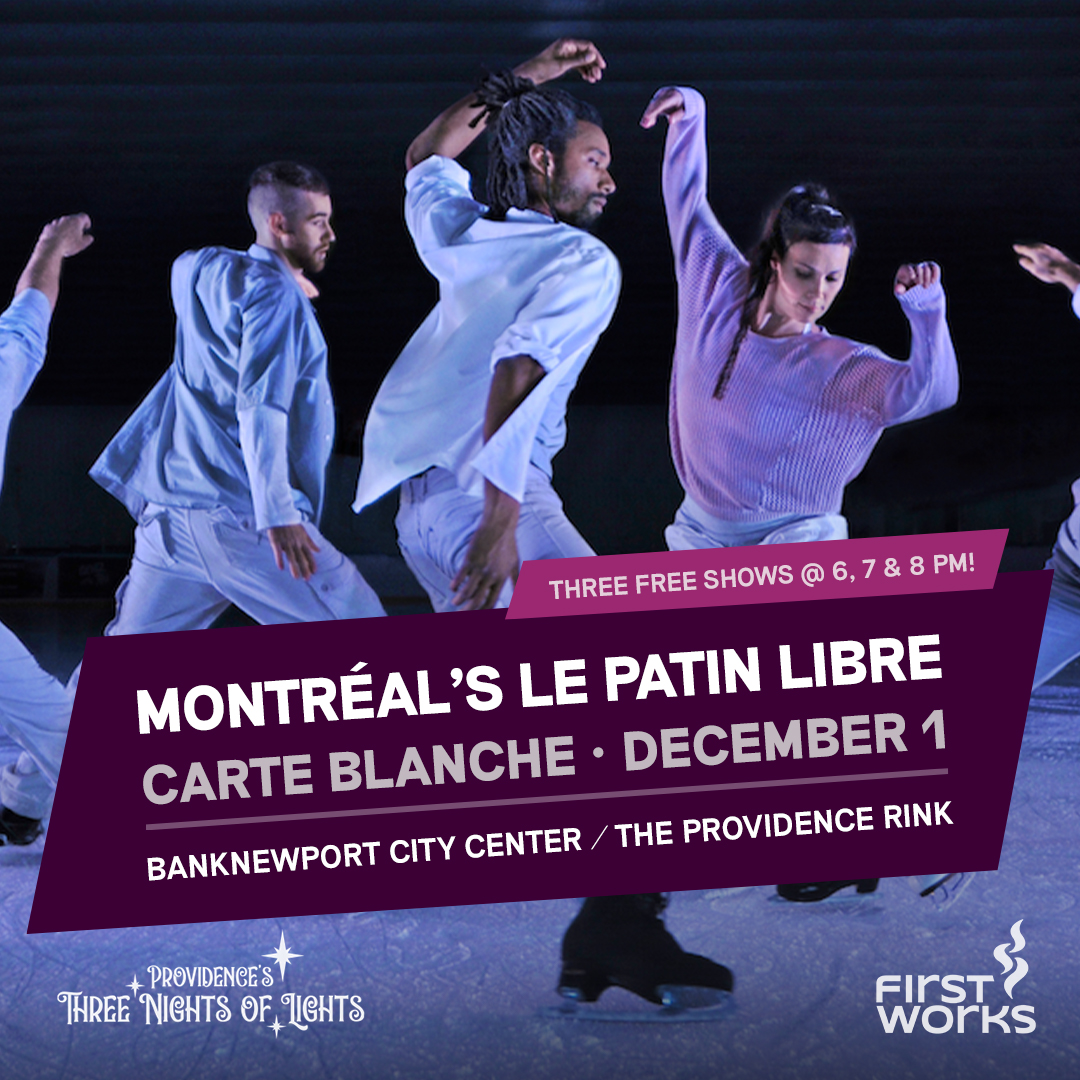 Due to technical issues with refrigeration at the Providence Rink this week, the ice will not be ready in time for FirstWorks’ originally scheduled performances featuring Montréal’s Le Patin Libre during the Three Nights of Lights festival this Thursday, December 1. FirstWorks has rescheduled the international ice-dancing company to appear on Thursday, December 8 with three, free performances of their show-stopping hits at 6:00, 7:00 and 8:00 p.m., followed by an ice-skating dance party until 9:30 p.m.

In “Carte Blanche,” Le Patin Libre’s founders draw on influences from theatre, street dance, and tap, applying all to the ice rink that is their stage. With joyful authenticity, the artists combine the best excerpts of their showstopping repertory to create a festive introduction to their new choreographic art form.

FirstWorks kicks off Providence’s new “Three Nights of Lights” festival with three free shows of international artistry. Get inspired for an Ice-Skating Dance Party to follow the final show, open to all! (8:30-9:30 p.m.)

*Attendees of the ice-skating dance party are welcome to bring their own skates – rentals are also available.