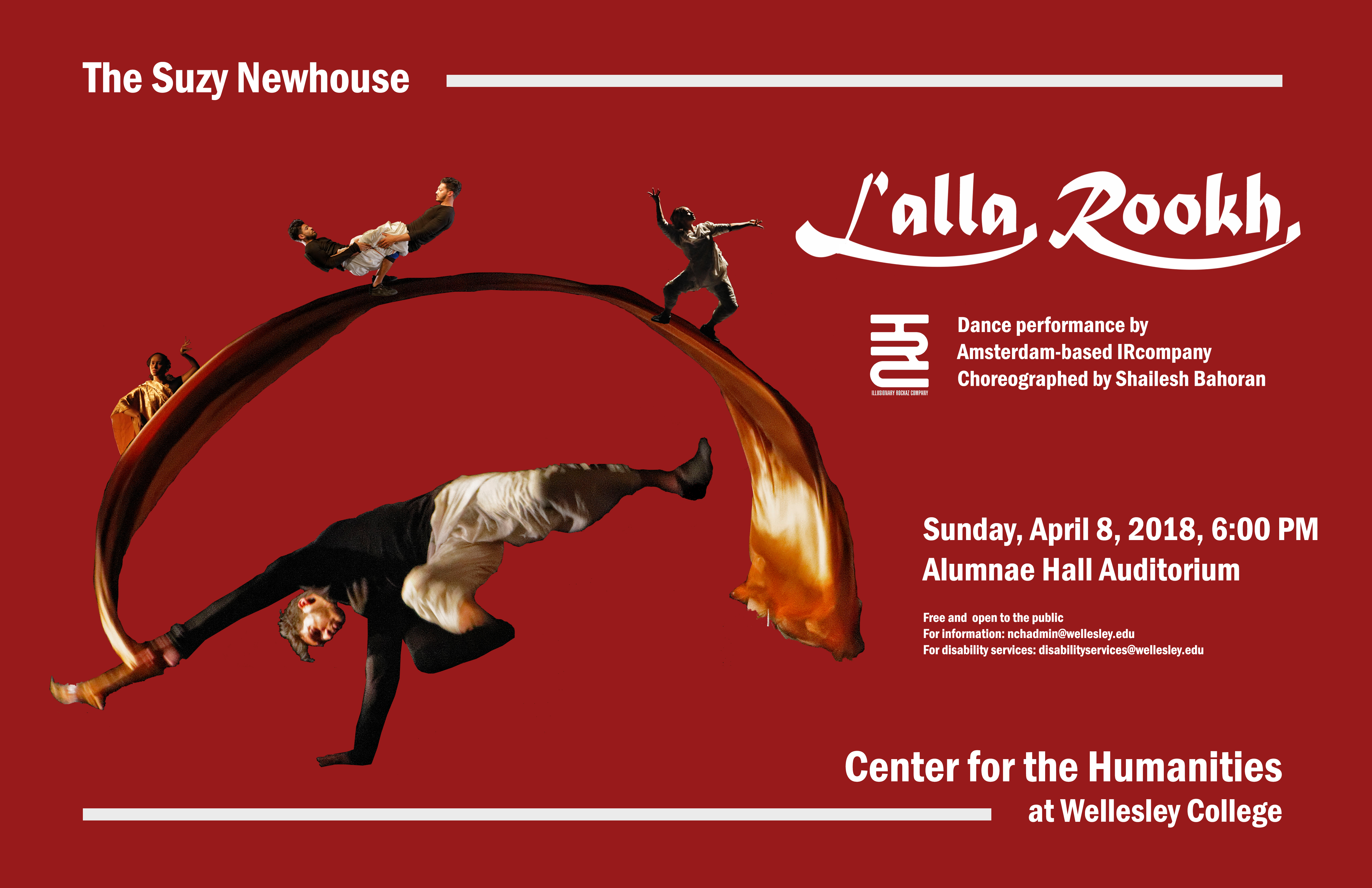 Presented by IRcompany and The Suzy Newhouse Center for the Humanities
WHERE
Alumnae Hall Auditorium 106 Central Street, Wellesley College , Wellesley
WHEN
COST
Free

Shailesh Bahoran is a hip-hop dancer and choreographer influenced by elements of breakdancing as well as Indian classical dance. He is often noted for his technique, originality, and expression. In 2002, he formed the dance group Illusionary Rockaz, which presented the first Dutch hip hop performance, Age of Chaos. He has developed his artistic skills through theater and his involvement in prestigious organizations such as, the Dutch National Ballet, the Netherlands Symphony Orchestra, and the Amsterdam Academy. He currently serves as a dancer and choreographer at the Korzo Theater and with ISH.

In Lalla Rookh, he and his troupe will be performing a mixture of hip-hop, Indian dance, and funk styles to depict the journey of Indian immigrants of the nineteeth century, who thought they were traveling to the land of God. Instead, the ship, Lalla Rookh, docks in Suriname, where they were told they were now indentured workers.